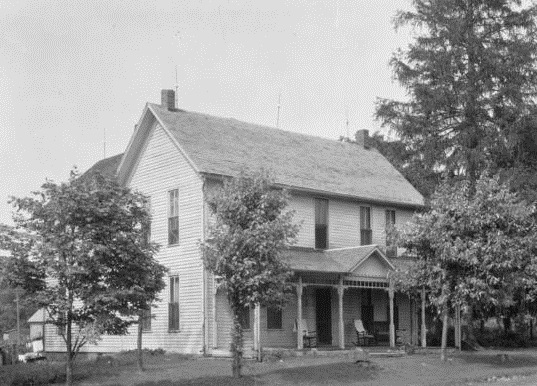 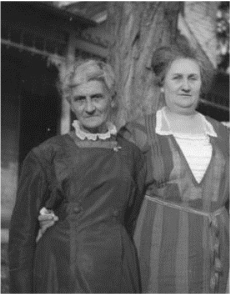 The FERGUSON House, built in 1873, served for many years as a local boarding house. A favorite among the many artists, and especially photographer Frank Hohenberger.  Hohenberger began lodging with the Bill and Allie Ferguson in 1917, and continued to enjoy "taking his meals" with the family long after he set up his own studio and home.
Over their many years of friendship, there was a certain trust between Allie and Hohenberger. She had a sorrow at her core that he seemed to understand. The entry of Allie's death in Hohenberger's notebook was brief, formal, and factual. It was October 14, 1931 in the evening. It coincided with the end of the cultural documentation phase of his work in Brown County and the publication of his newspaper column "Down in the Hills 'O Brown" was suspended shortly thereafter.